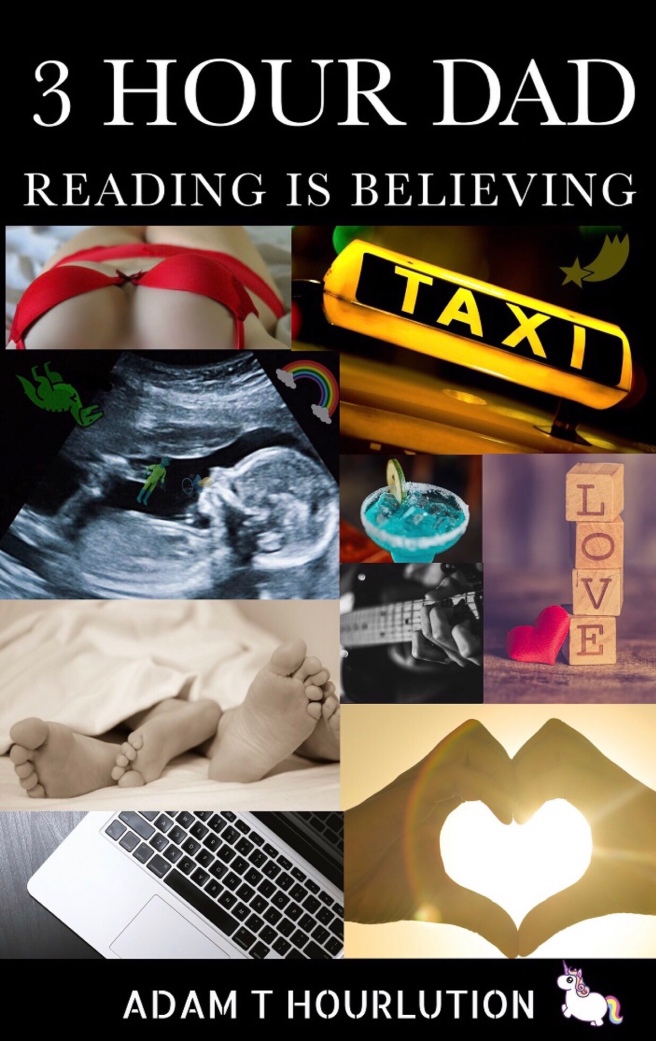 Book Description (via Goodreads): Based ok actual events. One day Adam, just your average, typical guy receives a call from his mother-in-law (to be!) summoning him to the hospital following his girlfriend being rushed in with suspected appendicitis only to discover that she in fact having contractions and has been admitted to the labour ward. This heart-warming and true story invites readers to step into Adam’s shoes and experience what it is like to be a 3 Hour Dad.

END_OF_DOCUMENT_TOKEN_TO_BE_REPLACED

Book Description (via Goodreads): “An absolutely brilliant and singularly indescribable book, Fish Eyes for Pearls is an extraordinary journey into a woman’s life. One of the bravest, most unique and compelling self-examinations I have ever read- I was blown away!” – Henry Jaglom. The phrase ‘fish eyes for pearls’ is coined in an ancient book of internal alchemy, promoting the question, in this world veiled in illusion, how does one discern the precious from the common or worthless? And then, how might the ordinary be transformed into something extraordinary? Lead on a mission to gather and liberate ghosts, the artist navigates the thorny, humbling landscape of relationships, society, and the unseen realms with canvas, words, and camera lens, she turns life into art and art into a life.

END_OF_DOCUMENT_TOKEN_TO_BE_REPLACED

Book Description (via Goodreads): Five years after working triage during America’s terrible Day of Destruction, Philadelphian Dr. Ethan King wants nothing more for himself and his wife than a normal life. In the aftermath, however, life is anything but normal. The mysterious nerve gas unleashed during the nationwide terrorist attack has left its disturbing mark among the millions of victims, namely brain abnormalities in unborn children. These children, dubbed inexorables, love up to their name: they are ruthlessly violent, irrepressibly psychopathic-and incurable. They kill without thought or remorse, and inflict torment on their victims with childish glee. In his pursuit of a normal, peaceful life, Ethan tries as best he can to put these grim realities to the back of his mind. But one cold night, when he comes face to face with an abandoned inexorable freezing to death in the snow, he must make a choice that could cost him everything, and unravel a thread of dark woven secrets. As he races to find a cure for whatever is creating a generation of doomed children, Ethan discovers that doing the right thing in an evil world is never as clear and easy as it seems.

END_OF_DOCUMENT_TOKEN_TO_BE_REPLACED

Book Description (via Goodreads): The small end of a segmented tail is cut off while a woman is planting shrubs in the backyard of her home in Bounder, Arizona. What was attached to the tail and where did it go? The mystery deepens when people and animals are found murdered and frightening creatures are seen. Detectives investigate and uncover something that no one can imagine END_OF_DOCUMENT_TOKEN_TO_BE_REPLACED 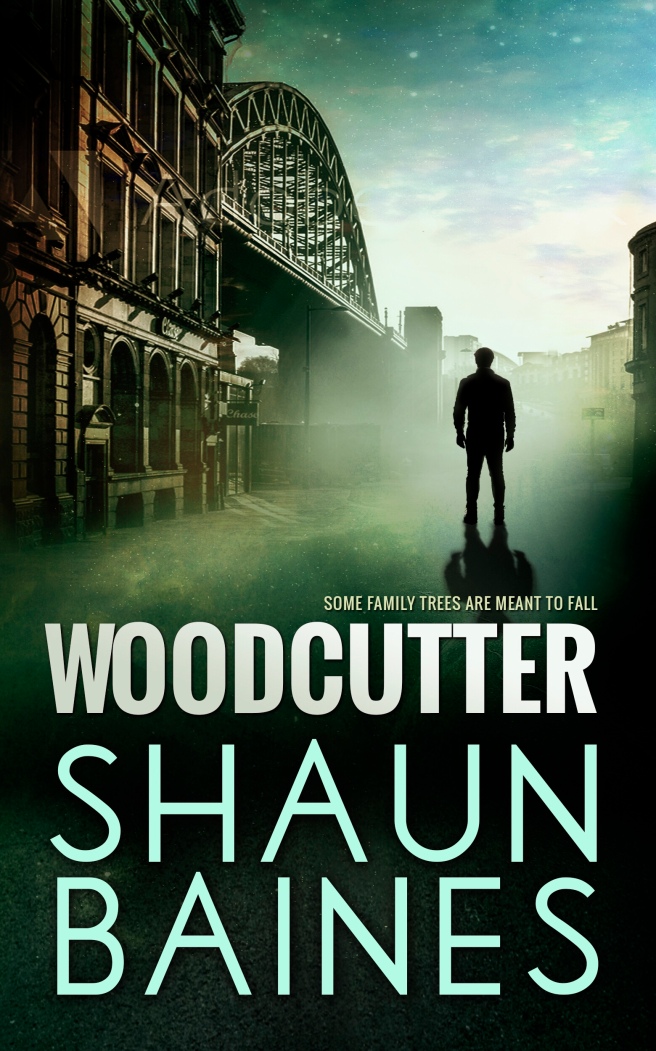 Book Description (via Goodreads): Some family trees are meant to fall. On the run from his criminal family, Daniel Dayton returns home to Newcastle Upon Tyne when his abandoned daughter is attacked. But his family have problems of their own. Targeted by a brutal mercenary, their empire is destined to be destroyed should Daniel refuse to help. Betrayed by his parents. Despised by his brother. In love with his sister-in-law. Home has become a dangerous place to be. Daniel wants his daughter safe. And he wants his revenge, but in the shadowy streets of Newcastle, things are never what they seem.

END_OF_DOCUMENT_TOKEN_TO_BE_REPLACED 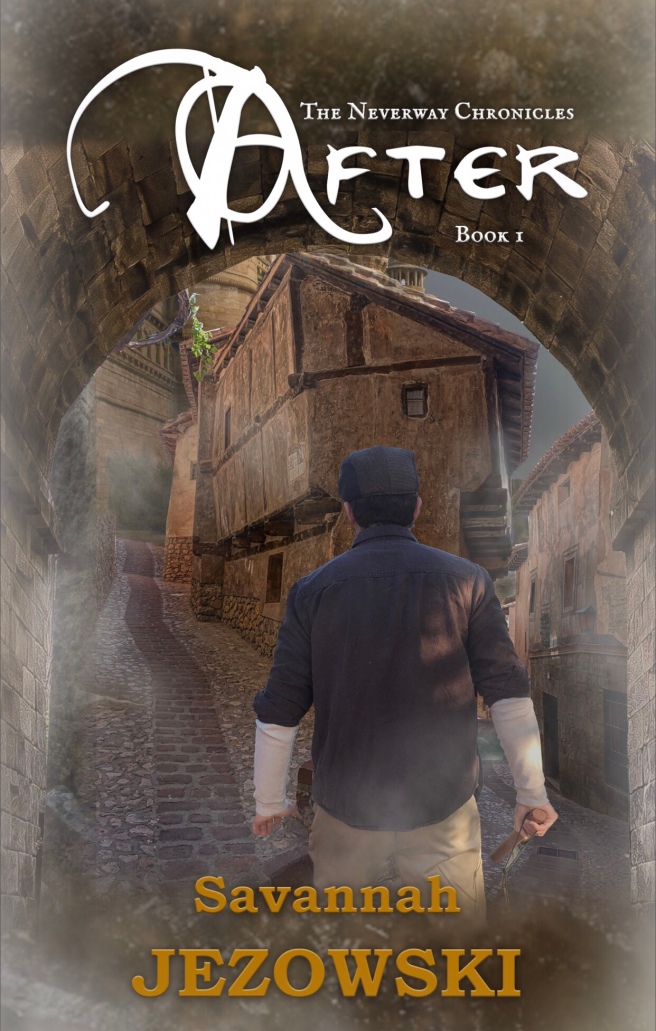 Book Description (via Goodreads): “Some people might say that there are worse fates than death. In some worlds, perhaps that may well be the case. But in mine, it would be a lie. There is no greater horror than that which comes after death.” On the streets of an ancient city, with creepers wandering at will and a mysterious assassin leaving corpses all over Pandorum, a young Spook with a dark secret will do anything to keep his brother safe, even from forces that threaten to tear them apart from within. While others are searching for impossible cures from outlawed Spinners, Conrad Ellis III does not believe in fairy tales and miracles. But when he discovers a strange girl with shrouded ties to the Assassin, Eli is forced to leave the streets he loves and travel into the very heart of Pandorum in order to save a member of his family. With his health failing and the danger escalating, there is no escaping the inevitable truth. Today, he may hunt creepers. Tomorrow, he just might be one.

END_OF_DOCUMENT_TOKEN_TO_BE_REPLACED

Book Description (via Goodreads): Once upon a time, Samuel Swerling, a World War II veteran and inventor, decided to build a park. It would be filled with trees trained to grow in such a way that children could easily climb them. To this end, he bought two acres of land, hired Alonso Hannah, a one-armed arborist, and began to turn his dream into the reality. After five years, Alonso and Sam had created a small, privately-owned park in a big publicly-run city. Sam married Ghita, bought an apartment across the street from his park, and had five children. People fell in love at the Samuel Swerling Park. Painters painted pictures; dogs chased Frisbees; pretty girls basked in the sun; and timed stood still. Most of all, though, children did what the park had been built for them to do: They climbed trees. The narrator of this book is one of Sam’s climbing trees. He thrives on human contact, and in his long and happy life, he has had a few disappointments. Lately, however, he is being subjected to life-threatening injuries by Jarvis Larchmont, a power-hungry politician who was thrown out of the park for bullying when he was twelve-years old. Time passes. Sam’s grandchildren, particularly Esther Swerling, are now in charge of the park. Esther is young, beautiful, and like her grandfather, an inventor. She is also ferociously protective of her heritage. When a hurricane floods the area, she and her family provide food, warmth, and shelter in the park to those seeking refuge. At the same time, the City’s beloved mayor is hospitalised, and Jarvis Larchmont is put in charge of the Department of Parks. Still bitterly resentful at having been thrown out of the park as a child, he joins forces with ecco-terrorists to destroy Sam’s creation. Suddenly, our narrator and his fellow climbing trees are separated from people. Separated from all that they know and love. Separated from children. They cry …and they begin to die. Then Esther, her friends, and her family organise. And they fight back. END_OF_DOCUMENT_TOKEN_TO_BE_REPLACED

Book Description (via Goodreads): A unique collection of death, voodoo-magic and strange things. Joseph Goldberg is the wrinkled old man you see wrapped up in a fraying scarf and dusty trilby hat, hobbling along the seafront promenade in the dead of winter. He’s grizzled, cynical, bitter, and swears like a trooper. In his defence, he didn’t lead the life he wanted, and his closet is full of skeletons. Then, one cold day, something amazing happens. Something so mind blowing, Joseph hardly knows what to do with himself. Don’t judge him too harshly – what would you do if you found yourself transformed into a flock of starlings?

END_OF_DOCUMENT_TOKEN_TO_BE_REPLACED

Book Description (via Goodreads): A viral epidemic has wiped out 99% of the world’s population leaving scientist Heather Morgan to fight off thieves and scrounge for food and shelter near Denver, Colorado. When Heather befriends the young, naïve Jodi, she learns that a biotech company in San Francisco is rumoured to have created a vaccine. Together, the women trek by foot to find the lab. After suffering a near-fatal attack, Heather and Jodi find a safe haven on a farm with two young men, Cam and Elliott. Their security is short-lived, however, when irrevocable consequences threaten Heather’s mission. Will Heather be able to overcome loss and target to find the vaccine or will she let sorrow overtake her and turn back? How many lives are worth the risk for a hope that rests in only a rumour?

END_OF_DOCUMENT_TOKEN_TO_BE_REPLACED

This month has been jam packed with lots of books I’ve been reading from review requests and I’m so thankful for every author and publisher who has contacted me for those opportunities.

I read a total amount of seven books in the month of April, which included:

I really enjoyed The Mentalist Series which included: Aversion, Sentient, Keepers and Broken Ties. I would give the whole series an overall score of four out of five stars ⭐️⭐️⭐️⭐️ Below are the book review links to:

The other book that I thoroughly enjoyed this month was The Watchmaker’s Doctor by G.M.T. Schuilling which I gave five out of five stars ⭐️⭐️⭐️⭐️⭐️ click here to read my review for this book.

This evening I finished Purgatorium by J. H. Carnathan.

I have started a new book called The Road Ahead by Hali C. Broncucia, you will find both in my next Wrap Up at the end of May!

How many books did you read in the month of April? How many are you hoping to read in May? Let me know in the comments below.