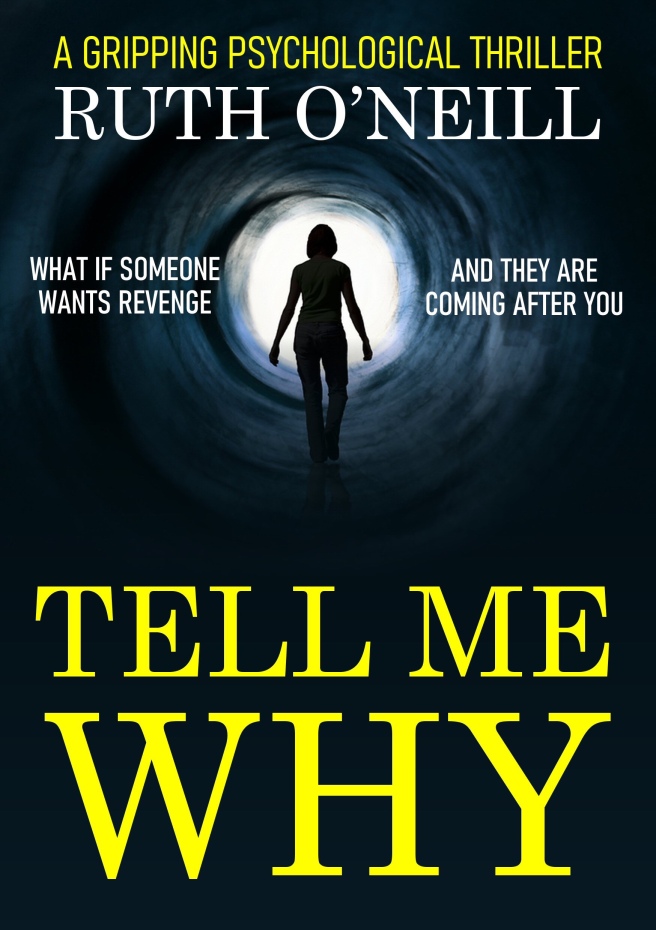 Book Description (via Author): Lauren Adams is just an ordinary single girl, until one split-second decision throws her life into crisis. When she meets the handsome and intriguing Max Davies during a girls’ weekend away, she can’t believe her luck. But it soon turns out to be her biggest mistake.  Max gets accused of murder, a murder that allegedly happened on the same night he and Lauren met. Is Max really the man she thinks he is? Is he really innocent of murder? And why does Lauren hear him late at night, building something in the basement – a basement he’s made clear is out of bounds? Tell me why follows a woman who just wants to be loved, but who instead ends up in a tangled web of lies, deceit, and terror. A chilling read you won’t stop talking about.

I’m excited to have received this book in exchange for an honest review before the release date on 1st December 2019. I have given Tell Me Why by Ruth O’Neill four out of five stars ⭐️⭐️⭐️⭐️

Who managed to get only four hours sleep last night as they were trying to stay up and finish this book? …… I did. I was trying to desperately to stay awake last night, well early hours of this morning, because I really wanted to find out what was going to happen and how this book was going to draw to an end! Ladies and gentleman Ruth O’Neill has done it again! An absolutely intense page-turner of a book!

I’ve had a continuous chill running up and down my back over the past couple of days (possibly from the cold, wintery weather) but mainly due to twisted, horrific events that are revealed in this story.

O’Neill’s writing style is very compelling, especially with the use of her descriptive writing which helps draw the reader into the story. I really enjoyed reading from multiple perspectives throughout the book, that’s one of my favourite narratives as you get to view characters under a completely different light.

The main characters of this book were called Lauren Adams and Max Davies. I found it extremely difficult to like Lauren due to her vulnerability and infatuation with Max. I can understand that someone can be absolutely besotted and blinded by the love of their significant other even when they do wrong because you choose not to see the bad in them. However, from a readers perspective I could not help but roll my eyes at any moment I could when it came to reading about Lauren. Besides her infatuation with a psychopath, I found her character to be very strong especially after everything she goes through. Max Davies gave me the ultimate heeby-jeebies! He made my skin crawl and whenever I read about him I was on the edge of my seat not knowing what he was going to do next in that twisted mind of his. O’Neill created a brilliant antagonist whom creeped me out to the max! …see what I did there haha!

Psychological thrillers are definitely one of my all-time favourite genres and this book is one to add to my collection! I was completely gripped throughout and could hardly put the book down (unless my eyes kept trying to close!).

I would say the only thing that kept me from giving the full five out of five stars would be the ending of this story. I thought a lot happened in the last forty or so pages that it made the ending feel quite rushed. Personally, I didn’t want this story to end at all but the way that it had, had stopped me in my tracks and made me think when it came to scoring this book.

Will you be picking up this book when it’s released on 1st December? What’s your favourite genre of book? Let me know in the comments below.